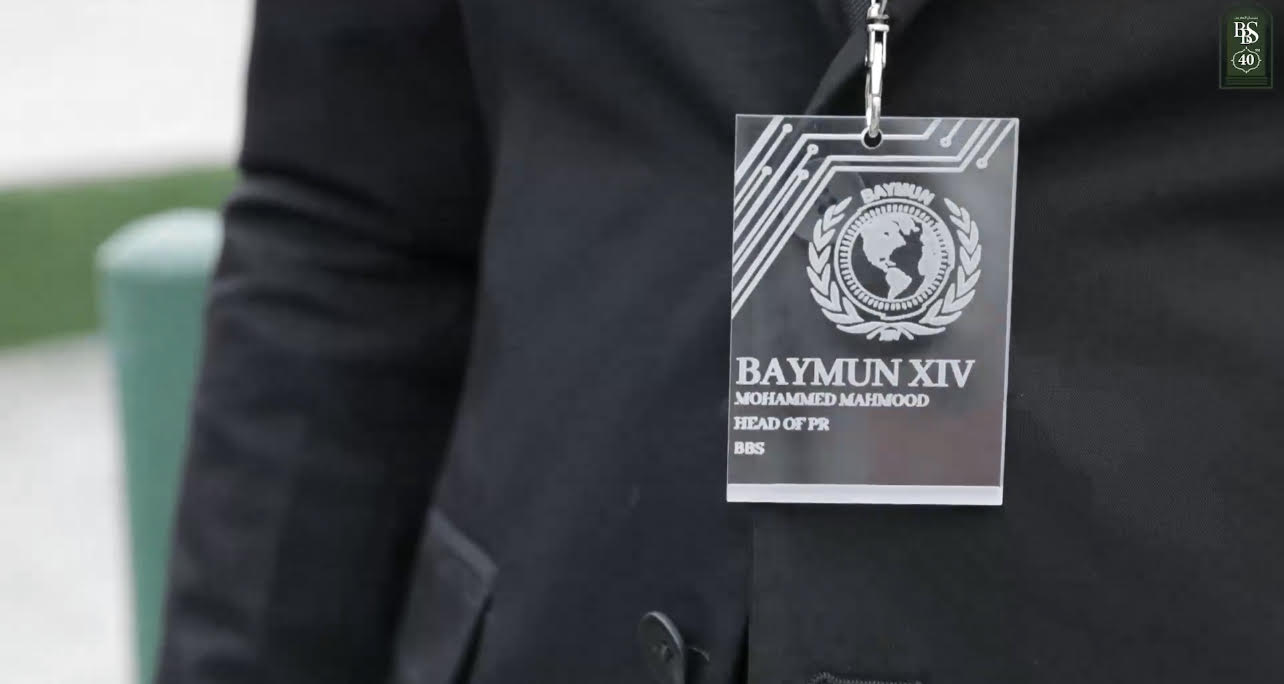 Model United Nations, also known as Model UN or MUN, is an educational simulation and/or academic competition in which students can learn about diplomacy, international relations, and the United Nations. MUN involves and teaches researching, public speaking, debating, and writing skills, in addition to critical thinking, teamwork, and leadership abilities.

Bayan MUN (BayMUN) is a student-oriented initiative that established in 2008-2009 in the Kingdom of Bahrain and was founded by Bayan School alumni, Fajer Danesh, when she was a senior at the school. This student-oriented event is now known as the biggest event in Bahrain Bayan School and is most looked forward to by all students of Bahrain. BayMUN started off with only a few councils and have come a long way since; with 17 councils and being the first THIMUN affiliated Model United Nations in the country.

Starting BayMUN for the first time has been the biggest challenge faced. Being one of the first schools in the country to introduce MUN, founder, Fajer Danesh, had to promote BayMUN to all the schools in the kingdom. There were many ideas introduced such as creating many councils and committees including the Arab League council to appeal participants.

Moreover, looking for companies that would sponsor BayMUN for the first time was an obstacle for Fajer. Companies were not aware of the concept of Model United Nations and did not see any benefits of aiding this event. However, she was able to overcome it by contacting companies and approaching them by conducting meetings and discussing the advantages and benefits of sponsoring this educational event. This whole procedure was hectic for Fajer to take responsibility on her own, thus, she had a Finance Team that took care of the sponsors. Several other teams were created such as the IT Support Team who created the BayMUN website and Events Team who managed getting restaurants to serve breakfast, lunch and dinner for the participants during the two-day conference. She also found that having one person in charge of each team as the most convenient and organized way to keep track of each team's progress.

Allocating delegates and runners amongst the few councils was also a difficult task. The councils chosen were generally from the General Assembly (GA) at the time and there were almost 70 participants only. Now, BayMUN has over 400 participants joining each year and many candidates attend the chair interviews and compete for the chairperson positions.

Throughout the years, BayMUN progressed and earned the title of the "most prestigious Model United Nations in the kingdom". In the 5th annual MUN in 2013, BayMUN was under the patronage of The Minister of Foreign Affairs, Sh. Khalid bin Ahmed Al-Khalifa who attended the closing ceremony of the conference, along with several ambassadors and ministers. Sh. Khalid bin Ahmed Al-Khalifa also attended the 6th and 7th annual Model United Nations at Bayan.

After years of hard-work, it all paid off when BayMUN became the first THIMUN affiliated conference in the Kingdom of Bahrain in 2014. One of the greatest challenge and obstacle faced so far is attracting international schools to attend our conference. However, now, our conference introduced the first Arabic-speaking committee for our local students who prefer debating in Arabic.

We've come a long way since 2009 and are still striving for improvements to ensure top quality, state of the art Model United Nations debates for all participants.

Since its inception in 2008, Bayan Model United Nations has shown a rapid growth to become one of the largest – if not the largest – MUN in Bahrain, and has recently gone international. The conference attained a set of rules of its own; guidelines for procedure and diplomacy unique and exclusive to this conference.

The general rules and structure of Bayan MUN conferences mimics that of a real United Nations conference, although drastically simplified in order to correspond to a younger generation. These rules are designed to maintain structure in the academic aspect of the event from start to finish, preserving the rights of each delegate while at the same time permitting freedom and creativity through courteous debate. This set of guidelines is directly suited for modern politics, involving principles that will surely come in useful to any aspirer in the future. Read More

Fully planned, designed, and developed by the BayMun team.